In my previous Batstravaganza article, I discussed how the “Dark Age of Comics” changed both Batman and the genre of superheroes forever. The change was one of themes, but also one of aesthetics. In this article, I’m going to look specifically at the Batman of the Christopher Nolan movie trilogy: Batman Begins, The Dark Knight, and The Dark Knight Rises. Much of this commentary is applicable to other iterations of Batman including the comics, but I’ll focus specifically on examples from the first two films. As such, there are no spoilers from The Dark Knight Rises, but if you haven’t seen the first two films you may want to do that before reading.

What makes Batman the Dark Knight?

The visual connection to bats and use of dark shades may be an obvious guess, but really these are just aesthetic elements to the character. Sure, you can point to these, but that isn’t what being the Dark Knight really means, it’s just a visual expression of the fact that Batman has based his visual appearance off of bats, which happen to be creatures of the night.

The visual element is not completely unimportant, though. In Batman Begins, Bruce Wayne explains why he chose bats:

Batman, as an idea, begins as a frightening concept. Bruce Wayne specifically seeks out an image that will inspire fear in his enemies. However, Chris Nolan does a good job of letting this idea evolve over the course of the movies. Originally, Bruce Wayne seems a lot more optimistic about what his alter-ego will represent:

Bruce Wayne: I’m going to show the people of Gotham that the city doesn’t belong to the criminals and the corrupt. People need dramatic examples to shake them out of apathy. I can’t do this as Bruce Wayne. A man is just flesh and blood and can be ignored or destroyed. But as a symbol… as a symbol, I can be incorruptible, everlasting.

The interesting thing about this passage is the “incorruptible” part of it. True, a symbol could have serious potential when it comes to inspiring the city. But really I think we’re seeing foreshadowing from Nolan here–After Batman Begins, The Dark Knight looks very closely at what it actually means to be Batman and finds that Batman really has to step outside the laws to be the Dark Knight he was intended to be. The Dark Knight also shows us that sometimes the right thing to do is to become, at least in the public’s eye, the villain (more in this later).

Batman’s willingness to break laws is highlighted in the interaction and contrast between Batman and the District Attorney Harvey Dent (referred to intentionally as a “White Knight” a couple times in the film). When Lau, a Chinese criminal, escapes to Hong Kong, Dent can’t do anything about it. There is no way that China will extradite him to the United States, so all legal avenues are out of the question. Batman on the other hand has no compunctions whatsoever about going after him on his home turf. 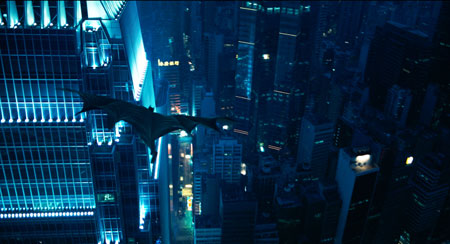 This contrast remains throughout The Dark Knight until, ultimately, Harvey Dent is finally broken by his girlfriend Rachel Dawes being brought into the Joker’s city-wide conflict. Dent threatens one of the Joker’s men at gunpoint and threatens to kill him, but this is witnessed and interrupted by Batman, who scolds him for his actions:

Dent is shivering with frustration.

Batman: You’re the symbol of hope that I could never be. Your stand against organized crime is the first legitimate ray of light in Gotham for decades. If anyone saw this, everything would be undone- all the criminals you got off the streets would be released.

Batman knows that though his vigilante style has a place and a purpose, people want to believe in institutions and the rule of law. If Dent is discredited, the progress he’s made on the streets will become worthless.

To me, that’s really the essence of what being the Dark Knight is: the ability and willingness to step outside the law and do the right thing when needed so that traditional law sources can maintain their credibility and purity. He’s doing the hard things so that the police don’t have to.

Batman ends up making a very serious sacrifice at the end of The Dark Knight as well, sacrificing his own image for that of Harvey Dent, who went on a killing spree after the loss of Rachel at the Joker’s hands and is ultimately killed when he is thrown from a building. Batman accepts responsibility for the killings and becomes a hunted man. This is foreshadowed earlier in the film in a discussion between Alfred and Bruce Wayne:

Bruce Wayne: People are dying. What would you have me do?

Alfred Pennyworth: Endure. You can be the outcast. You can make the choice that no one else will face – the right choice. Gotham needs you.

Why is the Dark Knight an important concept? 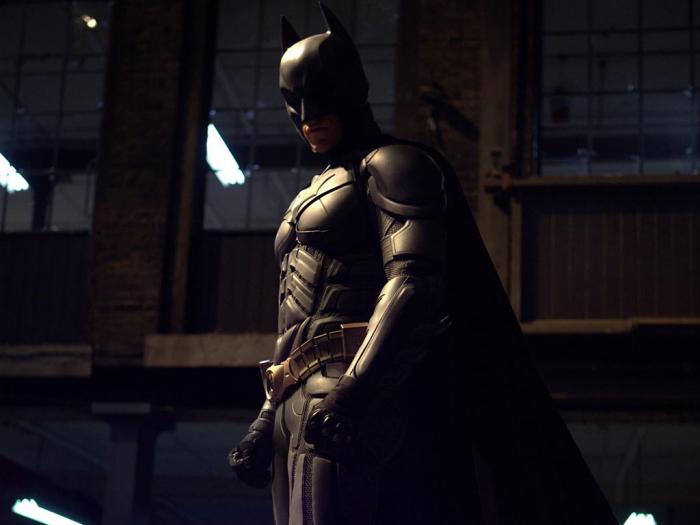 So we’ve established that the essence of the Dark Knight is that he can work outside the law when needed and can make choices that traditional law enforcement cannot consider as legitimate. He respects and believes in the mandate of the police but believes there are times when the police can’t handle the situation properly. In addition, the Dark Knight can be the “fall guy” when traditional institutions fail to act appropriately and can be the outcast. The Dark Knight is intentionally a frightening symbol–he is using fear as a weapon against crime.

When you think about it, this is pretty different from a lot of other superhero roles. A lot of heroes take on what is basically a straight policing role or are drawn into greater, catastrophic conflicts. But Batman, as the Dark Knight, takes on a “parallel structure” to the Police Department and fights criminals at their own level. Criminals are afraid of him precisely because he refuses to follow the rules of the long-fought war against crime:

The Joker: Where do we begin? A year ago, these cops and lawyers wouldn’t dare cross any of you. I mean, what happened?

Gamble: So what are you proposing?

The other side of the coin is that Batman is not just up against standard, run-of-the-mill criminals. In The Dark Knight he faces the Joker, a crazed anarchist who literally describes himself as an “agent of chaos”. Batman is uniquely suited to deal with criminals like the Joker. He sees the inner workings of Joker’s modus operandi because he is used to working on the other side of the fence. He can make moves that the police department simply won’t. And, though Batman’s frightening persona seems to have little to no effect on the Joker, Batman’s insight into his mind (as well as some well-placed faith in the people of Gotham) are enough to get the job done.

In the final scene with the Joker in The Dark Knight, for example, Batman determines that the hostages in the building have been forced to wear clown masks and have guns taped to their hands. The police don’t anticipate this, and Batman has no way to communicate this to their snipers and SWAT teams–instead, he engages them hand-to-hand to stop them from killing the hostages.

Imagine if Batman hadn’t been there. Hostages sniped, SWAT teams ambushed by people dressed like hostages… not pretty. Yet more grist for the Joker’s chaos mills.

Another reason that the idea of a Dark Knight is important is that it brings up a compelling question about justice. While it is easy to argue in favour of Batman’s actions in the films (he is, after all, a hero), his style of justice becomes much more controversial in real life.

There have been numerous times in history (some of them very dark) where vigilantism become commonplace and was tolerated (or even supported) by governments because it brought them some kind of secondary benefit. These organizations, too, built “parallel structures” to existing institutions in order to integrate themselves into the greater socio-economic structures of their times. And while their actions were often well-received by the population at large at that time, they later went on to become sinister organizations because too much trust was placed in their intentions until it was far too late to do anything about it. 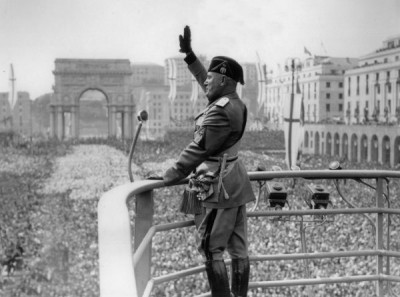 Today, few people would argue that what happened in Italy in the summer of 1920 was handled properly. The government allowed the National Fascist Party essentially free reign to destroy workers’ organizations and their members. But, at the time, many people viewed this as necessary. The economy appeared to be almost completely in the hands of socialists, and without intervention a general economic collapse was feared. Add to this that the Fascist platform in Italy did not seem all that sinister at the time: they advocated for an eight-hour workday, female suffrage and a minimum wage. The people and the government were mostly happy for the intervention of Mussolini’s bruisers. By the end, they wouldn’t be.

The only point I’m trying to make here is that when people take justice into their own hands, it often turns out badly–especially when they have something to gain from doling out said justice.

That Bruce Wayne, with his own self-appointed Dark Knight persona, is able to make huge personal sacrifices and save the day (in one way or another) is a testament to the fact that he is a hero. He already has personal wealth and fame, he doesn’t need or want Batman to bring him that. He is bringing justice for its own sake, not for personal gain. His selflessness is one of the things that allows him to operate so effectively as the Dark Knight.

Hopefully I’ve given you some food for thought before you see the conclusion to Nolan’s take on Batman. I can’t wait to see what kind of horrible choices he is forced to make to protect the people of Gotham against one of my favorite Batman villains in The Dark Knight Rises. I had a lot of fun writing this article–feel free to leave me your own thoughts on what the Dark Knight means to you.